A Tragic Spray of Bullets
At a gun show in Westfield, Massachusetts, organized by a former police chief, Chistopher Bizilj (age 8) lost his life. Among the guns that two men brought to the show was a small Uzi submachine gun. They handed the gun to Bizilj, who started to fire the gun, lost control, and accidentally and fatally shot himself.

Now, the event organizer and two weapons providers are on trial for involuntary manslaughter in the boy's death. Originally scheduled for trial this month, the case has been continued until December. 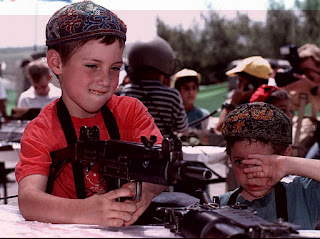 The three defendants will certainly attempt to defend their actions as inherently safe and reasonable. Their defense will be that this was a horrible, unforeseeable accident. Such a defense might have difficulty holding sway even among a group of philosophers and legal scholars, sitting around a conference table. The odds are even longer in an emotionally charged courtroom.

No Such Thing as an Accident?
One major obstacle facing the defense is "hindsight bias," a term that I have discussed multiple times in other Jury Box posts. In short, hindsight bias refers to the tendency of people to perceive a highly unlikely, or freakish, event as having been more likely than it was, just because it happened. For instance, if someone gets struck by lightening in your home town, you might come to believe that this is a much more common occurrence than it actually is. 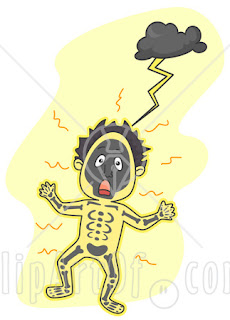 Hindsight Bias tends to lead jurors down a path of irrational inferences. Because people don't like the idea of life being beyond their own abilities to control it, they tend also to overestimate the likelihood that someone is actually responsible for a freakish occurrence, especially a dangerous one. The crazier and more improbable the circumstances, the more uncomfortable it makes people feel. They feel increasingly compelled to assign blame to someone. This results in a rather perverse relationship between the randomness of an event and the need of people to hold someone responsible for it. (This is actually the nexus of hindsight bias and terror management theory.)

One of the greatest fears facing any parent is the prospect of losing a child to senseless violence. A juror will internally resist seeing this event as an accident because doing so only highlights the vulnerability of their own children. While the defense might hope for some support among jurors who are gun advocates, such people are likely to try to differentiate themselves from the defendants. "Oh, a responsible gun owner would never handle a weapon that way. I always lock my guns when children are around. I'd never hand a loaded weapon to a small boy. That's just what the left-wing loonies think we do all the time."

From Blame Avoidance to Blame Shifting
In light of the issues identified above, it will be very difficult for the defendants in this case to convince a jury that the boy's death was simply the result of a tragic accident. The desire to hold someone accountable will just be too strong. The defendants would do well to try to shift the blame elsewhere. This strategy is not without risk and might engender some resentment among jurors. But it also just might work. 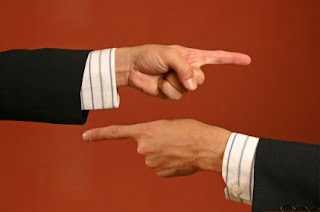 The major difficulty here might be finding someone else to point the finger at. One obvious possibility is the boy's parents. What were they doing taking an 8-year old to a gun show? Did his father really let him just take the gun? Had they ever taught him about gun safety? The danger of such a strategy, however, is self-evident. Because the parents have just suffered such a terrible loss, the defendants would face major resentment for "blaming the victim."

Perhaps the event organizer can point to regulations that precluded him from keeping children out of the event. Perhaps the suppliers can point to manufacturer guidelines that identify the gun as suitable for use by youngsters. The gun suppliers have already claimed that Fleury, the event organizer, incorrectly assured them that it was legal in Massachusetts for a minor to fire an Uzi. In addition, the gun club that hosted the event has already settled its criminal charges. This provides an opportunity to assign blame to a party that won't be in the courtroom to defend itself.

Over all, I believe that the defendants in this case will have a very difficult time overcoming the effects of hindsight bias. I fully expect plea deals to be struck before the jury ever gets charged.
Posted by Edward P. Schwartz at 1:39 PM No comments: Links to this post

Saving Chuck Turner from Himself: The value of witness prep focus groups

Chuck Turner, a longtime Boston City Counsellor, was convicted last week of taking bribes. He was arrested after the FBI conducted a sting operation, employing one of Turner's associates as an informant. Ronald Wilburn was sent into Turner's office to ask for help obtaining a liquor license. While there, Wilburn slipped Turner $1000 in cash during a handshake, all of which was caught on FBI surveillance video.

There are a couple of noteworthy features of the trial. First, the video is very grainy. So, while it is clear that something changed hands, and that it was almost certainly money, there is no way to tell how much. Secondly, Mr. Wilburn was overtly hostile to the FBI during his testimony. While he generally corroborated  the FBI's account of what went down, he greatly resented having been forced to participate in the sting operation and did not try to hide his contempt for the Feds in court.

So, after the Prosecution rested, things did not look good for Chuck Turner. There was, however, some hope that some jurors might have been upset with the way in which the FBI agents conducted themselves. While I rather doubt that any of them would have voted to acquit, I could have envisioned them settling on a verdict centered around minor charges.(Obstruction of justice).

Then Chuck Turner opened his mouth. Despite his attorney begging him not to take the stand, and one supporter literally trying to drag him back to his seat by his suit cuff, Turner insisted on testifying in his own defense. Turner took the stand and proceeded to hem and haw and fail to remember things. He denied small things that had been well-documented and claimed amnesia when convenient. In short, he came across as a smug, contemptuous liar, who believed that he could wiggle out of any situation on the strength of his own charm and guile. Needless to say, the jury didn't buy it.

Any experienced litigator has had a client who just didn't know when to keep his mouth shut. Either the person has insisted on testifying when he shouldn't have, or he insisted on giving a long, convoluted answer to a straightforward question. So, what can be done about a client who insists on talking himself into an adverse verdict?

Typically, such a client has a poor sense about how his testimony will be perceived. Either he simply does not appreciate how he comes across in public, or he fails to anticipate how poorly his style will translate into a courtroom setting. Since many such people are in positions of authority, they are not used to taking directions about message from others. So, how do you convince someone like this to do what's in his own best interest?

This is where videotaped witness preparation can really save the day. Rather than having a hypothetical discussion with your client about what to do on the stand, it is critical to submit the client to a realistic direct and cross examination. Make sure that the attorney you have recruited to act as opposing counsel is very well-versed in your case and really goes after your client. Exploit his weaknesses, trap him in contradictions and let him hang himself.

Once the session is over, review the videotape with your client. In most cases, the witness will quickly come to appreciate his deficiencies on the stand. Where the person continues to be obtuse (or insists he can fix things with a snap of his fingers), the next step is to assemble a small focus group of jury eligible people from the relevant jurisdiction. Show the practice testimony to these subjects and have a moderator lead a discussion about their reactions.

If Chuck Turner's defense team had conducted this simple exercise, I am pretty confident that his lawyers would have been able to convince him not to take the stand at his trial. While he might have still been convicted of some crime, he would not have created a permanent record of himself lying under oath in a court of law.

The lesson: Sometimes it is not enough to tell your client what to expect at trial -- You have to show him.
Posted by Edward P. Schwartz at 10:45 AM No comments: Links to this post

This is the blog of Edward P. Schwartz, a jury consultant located in New York and Massachusetts. I will post occasional comments on interesting jury trials, legislative reform efforts and jury-related research. For more detailed information about jury decision-making, see our website. You can contact me there about help for your case, too.

Go to The Red Well